Brigitte Dayan, “It’ll all work out as it should in the end.” 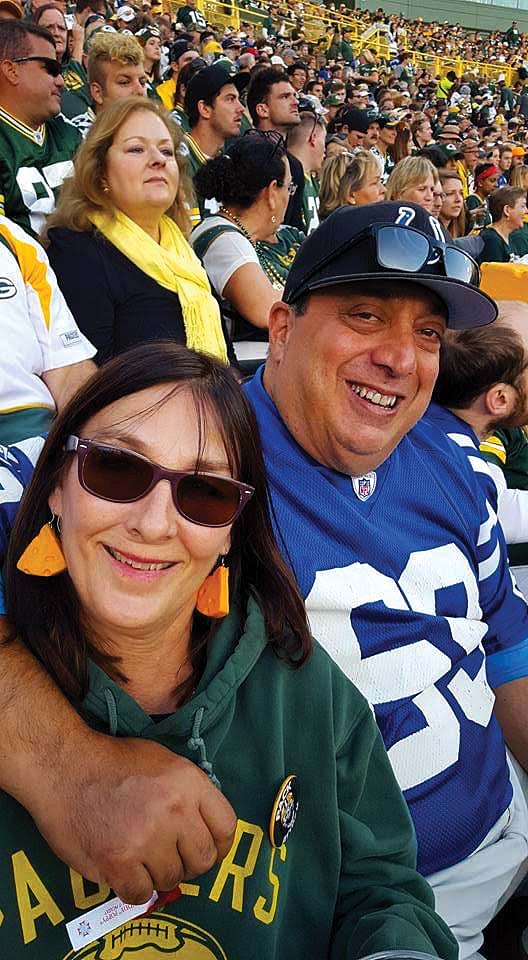 Years ago, Brigitte Dayan volunteered at a women’s shelter in Wisconsin where she helped women who had suffered domestic abuse. The experience moved her to become an instructor for a Batterers Treatment Program and a Legal Advocate in order to support those who suffered at the hands of an abuser. She later moved back to her home state of Indiana where she became a paralegal for the state with the Department of Child Services.

“I worked for the prosecution side with the attorneys who would remove kids from situations and terminate parental rights,” says Dayan. “After years of being surrounded by abuse, violence, and constant animosity, I was ready to work with people who were happier.”

So at the age of 45, Dayan went to real estate school. Even though she started her second career in 2008 when the market had just tanked, that didn’t deter her. The experience taught her a lot, namely that you never know what to expect. Just look at the way COVID-19 has rocked the real estate world.

Before, Dayan might show 30 houses to clients. Now with such limited inventory, buyers are lucky to see three.

Through the ups and downs of the past 13 years, the thing Dayan most appreciates about her job is the relationships she develops with her clients as she helps them navigate their journey.

“Buying and selling a home is a very emotional process so you get to know your clients well,” says Dayan. “I’ve had clients who have become pregnant and told me about the baby before anyone else in their family!”

Dayan’s favorite season is summer, not only because she prefers warmer temps and the ability to open her windows and let the breeze blow through, but also because it’s more fun to show houses in the daylight.

“When it stays light longer, it’s easier to show houses after people are done with work,” says Dayan. “When it’s dark at 6 p.m., that’s frustrating.”

In her free time, Dayan enjoys hanging out with her husband Joe of 15 years.

“We went to high school together and reconnected when I moved home from Wisconsin,” says Dayan. They have a yellow lab named Clyde and a Calico cat named Ruby. Dayan has one daughter, Chatel, a son-in-law, Justin, and two grandchildren: Aidan (6) and Fynn (3).

“Some of my ads feature my oldest grandson and Clyde,” says Dayan.

Prior to COVID-19, the couple loved to travel and go to concerts, festivals and sporting events. In fact, one of the family’s traditions is forgoing purchasing Christmas presents and instead using the money to take a family trip.

“There are not a lot of destination choices now with COVID, but we’re hoping when the grandkids get older, we can start going to different locations again,” says Dayan. “There are still so many places to see!”

These days the couple relax by boating and hanging out with family and friends. “It’s nice because we live on Indian Lake just south of Geist,” says Dayan. “We’ve been super lucky to be able to go outside and get on our pontoon, especially when we were locked down.”

Though the pair own a pontoon, at one point she and Joe were avid sailors with an ultimate dream. “We always wanted to participate in the Chicago to Mackinac Island Boat race,” says Dayan. Hosted by the Chicago Yacht Club, the “Mac” is a 333-mile annual yacht race that has been going on since 1898, making it the oldest annual freshwater distance race in the world.

“You can’t just enter. You have to qualify and be invited to race in it,” says Dayan. Though that dream never came to fruition, they had fun striving for it. It all comes back to Dayan’s mantra, which is that things always work out how they are meant to. That’s the case with her love life, her career, and everything in between.

“I feel like I wasted a lot of time in my younger years stressing about how I wanted something to happen,” says Dayan. “I have found that it’s best to let go of some of that frustration and angst. It’ll all work out how it should in the end.”