If you enjoy flying, or just watching, light aircraft, small airplanes, and ultralights, you might want to check out Wheeler’s Westfield Airport, just eight miles north of Indianapolis’ north side.

Leslie Wheeler founded Wheeler’s Westfield Airport in the 1950’s after returning from his stint in the Army Air Corps flying B-24’s out of Italy.  He decided to turn some of the area of his farm into a small air strip.

In 1954 he filed the application for the private use airport, which turned public in 1959. The original runway, 1650 feet, is now 3000 feetThe airport continues to be owned and operated by Leslie’s children and grandchildren, offering hangar rental and flight training. The airport is part of the Indiana Flight Training Center’s network of airports. Home to the Indy Flyers Light Aircraft Club chapter 1527, the airport hosts a number of events.  Twice a year the club hosts camping and fly-ins. The next one is coming up Memorial Day weekend, from May 22 to 24. Club members and friends come to the airport and camp beside their aircraft. Stories, fun flights and food accompany the event.

The Safety Walk Around occurs each spring, giving aircraft owners and visitors a chance to see what keeps these flyers safe.  Planes park along the taxiway and each is inspected for safety and concerns. This is followed by a lunch at the airport.

The Oshkosh Adventure (7/20-7/22) occurs every year as several members make the annual trip to Oshkosh, Wisconsin for the ‘World’s Greatest Aviation Celebration’ – Airventure.  The group makes other trips, as well, including this year’s trip (8/29-9/10) – the Oregon Trail. 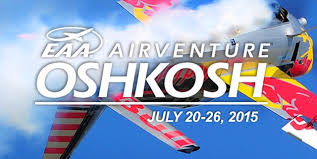 Fly-ins in summer and fall allow aircraft owners and potential flyers to meet instructors, see a variety of aircraft, and share great food.

The Indy Flyers support several charities including the Indiana Children’s Wish Fund, Riley Hospital for Children and Operation Migration. The club meets at Wheeler’s Westfield Airport the second Wednesday of each month at 6:30 p.m.

This article appears in the May 2015 issue of Executive Portfolio.