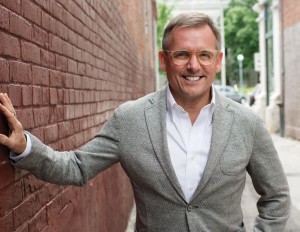 Though Jeff Franklin is a third-generation real estate professional, he didn’t anticipate his career unfolding in the way that it has. Born and raised just outside of Bloomington, Ind., he grew up in a creative environment and was drawn to artistic pursuits such as writing and visual arts, which is why he studied journalism and art at Indiana University.

“I felt the creative aspect of my being would take me into those directions,” says Franklin, who also enjoyed entrepreneurial pursuits and studied real estate. After graduating from IU, he moved to Miami, Fla., to work in the buying offices of a large national federated department store. He later got promoted and was transferred to Washington, D.C. One day he was talking to a friend who asked if he still loved his job. The question made Franklin ponder, and he realized that, no, he wasn’t really enjoying the work anymore.

“Something was missing,” says Franklin. When his friend pointed out that he thought Franklin would make a great real estate agent, a light went off. “I think I needed someone besides my father and grandfather to tell me that.”

He decided that Bloomington was the perfect place to pursue his new career.

“I love the arts, the sports, the vitality of the town. It’s the perfect mix,” says Franklin. “It’s got the recreation at Lake Monroe, the beautiful terrain, this wonderful university with the music, the business, the media school, and the Kinsey Institute. It has this small-town charm and yet feels like a sophisticated large town.”

According to Franklin, the Bloomington market has the highest average price point in the state, which surprises a lot of people.

“It has one of the highest education levels per capita in the U.S.,” says Franklin. “People from all over the world move to Bloomington.” 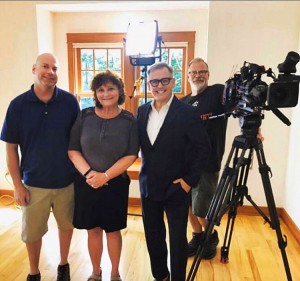 Six years ago, producers from HGTV’s show House Hunters contacted Franklin to see if he would be interested in being featured. They did an offshoot of the show called Hunting Vintage, and the Bloomington episode was the most popular one. Over the past several years, Franklin has been on the show a half a dozen times—more than any other realtor in the show’s history.

“We were just getting ready to shoot one when COVID-19 hit and we had to stop plans, but we’re now gearing up for some more,” says Franklin, noting that the producers of House Hunters adore Bloomington because it offers affordable housing on a national scale.

“We have a lot of mid-century and a lot of older 1920s and 1930s bungalow styles, plus a good number of modern/new constructions,” says Franklin. “They’re fascinated by what buyers can get here. They can live on land and have acreage, be on Lake Monroe and have access to 20 miles of recreation. My LA producers are jealous because they look at the film when they’re editing and say, ‘Good God, there’s everything there!’”

Franklin has consistently been a top agent in the Bloomington market and for the past two decades has been one of FC Tucker’s top statewide agents.

When he’s not working, he enjoys serving his community. For the past 12 years, he has served on the Damien Center Board—an HIV outreach center in Indianapolis. He’s also on the Kinsey Institute’s advisory board and is a charter member of a new IU Foundation giving society called the QPC, a groundbreaking higher education giving circle connected specifically to the LGBTQ+ community. 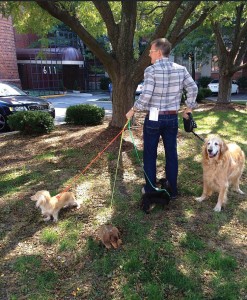 “I’m a big IU sports fan, gardener, and avid dog rescuer,” says Franklin, who especially has an affinity for dachshunds.

With all of the highway improvements from Indianapolis to Bloomington with the I-69 extension, Franklin estimates that it will only take 40 minutes to get from Bloomington to downtown Indy.

“I’m finding a lot of people who love Bloomington are reevaluating and thinking, ‘Hey, rather than moving to the north suburbs of Indy, why not just live in Bloomington?” says Franklin. “A lot of suburbs are trying to create a central core and we’ve had one for hundreds of years.”

Plus, it’s authentic as the town has dozens of non-chain ethnic restaurants, not to mention the amazing arts vibe and unparalleled music scene.

“You just can’t match it anywhere else in the country,” says Franklin, who likes connecting clients with their perfect home. “I’m an extrovert who loves helping people. This job is problem solving. It’s never the same, and I enjoy it immensely.”