INDIANAPOLIS (Sept. 11, 2017) – Ironworks Hotel Indy, the first boutique hotel on Indianapolis’ north side, opened on Tuesday, September 12. The hotel welcomes guests to the new Indianapolis location to enjoy rooms and suites inspired by the 19th century capped off with industrial charm and modern amenities. 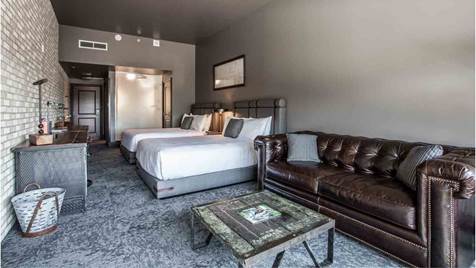 “We are ecstatic to open our doors in Indiana and provide guests with an exceptional boutique hotel experience,” said Rob Gerbitz, president and CEO of Hendricks Commercial Properties, the developer behind Ironworks Hotel Indy. “Every decision for this hotel—from the architecture to the aroma to the bed sheets—was made with our guests at top of mind. We want Ironworks Hotel Indy to be a must-visit for local residents and those traveling to the city, and we can’t wait to serve our visitors.”

To celebrate its opening, Ironworks Hotel is hosting a grand opening event on Saturday, October 21, from 5-10:30 p.m. The event will feature music from Indianapolis favorite The Bishops and Wisconsin-based WiFEE and the HUZzBAND, food from Ruth’s Chris, Sangiovese Ristorante and Cunningham Restaurant Group, a beer garden and hotel tours upon request. Tickets will be available this month on Eventbrite, and they will also be sold on site the day of the event. 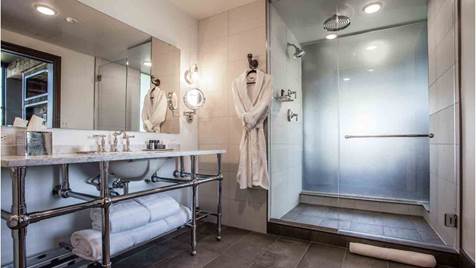 Wisconsin-based Hendricks Commercial Properties owns more than more than 9 million square feet of real estate in 30 states across the U.S., including five buildings in Indiana. In 2012, Hendricks Commercial Properties entered the Indianapolis market with its groundbreaking of Ironworks at Keystone, which has since received numerous accolades, including the Best Retail/Mixed Use Project of the Year Award from the Indiana chapter of NAIOP in 2015, and the Best Neighborhood Revitalization and Real Estate Development Award from the Indianapolis Chamber of Commerce in 2015. On September 1, Hendricks Commercial Properties closed on the Coca-Cola bottling plant site located at 850 Massachusetts Avenue in Indianapolis, which will be home to the $260 million mixed-use Bottleworks District.

Guest reservations are now open for the boutique hotel

Ironworks Hotel Indy is Indianapolis’ first and only north side boutique hotel. The five-story original brick industrial building inspired by 19th century architecture will feature 120 guest rooms in addition to retail space, and provide a comfortable, eclectic first-class experience for both local guests and travelers.

For the past 43 years, Hendricks Commercial Properties, headquartered in Beloit, Wis., has been investing in commercial real estate throughout the country. Diane Hendricks, Chairman of the Board, started the company in 1974 with a core focus in multi-family and industrial real estate. Today, the company is a diversified real estate investment, development and management company comprised of more than 9 million square feet with over 800 tenants located in 30 states. The company and its ongoing strategy remains committed to continually growing a highly diversified Class A portfolio with its core asset focus being industrial, retail and urban mixed-use commercial.

This article appears in the December 2017 issue of Executive Portfolio.