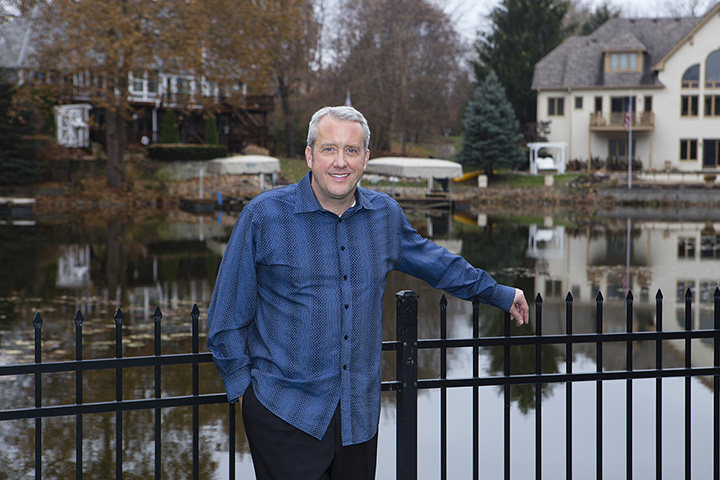 All through high school and college, Chris Schulhof worked at the Geist Marina cleaning boats and pumping gas.

“I’ve been on the lake since 1984 and have always loved it,” says Schulhof, a Fishers resident.

After college, Schulhof worked for a company called Dow Chemical, a job that required him to travel an exhausting 90% of the time. One morning he woke up in Nebraska and thought he was in Kansas.

“I was like, ‘Enough is enough!’” says Schulhof, who decided it was time for a career change that would enable him to spend more time closer to home. He sold computer systems for awhile before he began dabbling in the house flipping market. He found that he loved the challenge of improving a property and especially relished seeing the end product.

“I like to walk through homes to get ideas,” says Schulhof. “I figure, ‘Why reinvent the wheel?’ so if I see a cool feature—say, a fireplace that’s unique—I’ll snap a picture of it. I’ll also watch HGTV shows and take shots of the screen if I see something that catches my eye.” 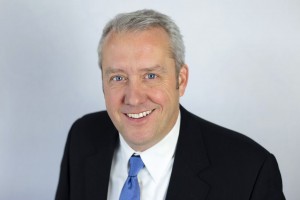 Schulhof, who has eight guys who have worked for him for the past 20 years, has stayed plenty busy with home improvement projects and often has a wait list of clients who want to hire him. Though he has always focused on remodels, he did have a client contact him whose house had burnt to the ground and requested he do a rebuild. Schulhof rose to the challenge, as he always does. He’s nothing if not motivated and wildly enthusiastic about his career. In fact, he once made a bold move that had all the investor community abuzz.

“In 1997, I bought 35 foreclosed houses from JP Morgan Chase in one transaction,” says Schulhof. “I thought that was the best thing since sliced bread because I had negotiated a great price. I was wrong. I didn’t think through the deal. Ultimately, it was a lesson in what not to do.”

Essentially, Schulhof had bitten off more than he could chew, and it took ample time to fix up and sell all 35 properties. The endeavor turned out to not be all bad, however, because it got him on the house-flipping map and ultimately motivated him to obtain his real estate license. He quickly learned he had a knack for the business and soon began devoting more hours to RE/MAX and cutting back on the house flipping gigs.

Though he still flips homes today as a hobby, 90% of his time is spent as a real estate agent helping clients with their sales and purchases as a broker and owner of a RE/MAX franchise.

“A lot of the folks I used to pump gas for back when I was a teenager are now my clients,” says Schulhof, who gladly puts in 12-hour days because he loves what he does so much.

“I work long hours during the week and am usually in the office by 7 a.m., but I try to take Saturdays off,” he says.

In his free time, Schulhof still enjoys being on the lake, just as he did in his younger days.

“I live on Geist and many evenings I like to go out on the pontoon for an hour or two after dinner,” says Schulhof. “That’s how I wind down my day instead of watching television. That and sitting by the fire.”

If he could go back in time and give his younger self a piece of advice, it would be to simply “try harder to enjoy every day.”