Carving out Time to Enjoy Life 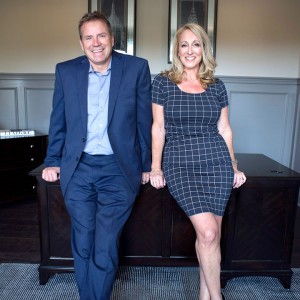 When Amanda and Rodney Heard first met, they were real estate competitors.

“It was serious competition!” says Amanda with a chuckle. “Fast-forward a few years and it’s a different story.”

Now they are a team in every way. The couple started their own real estate team in 2012 and married the following year. Prior to that, though, they lived in Charleston, South Carolina, where Rodney was a team leader for Keller Williams and Amanda was launching the commercial division for the company. When her mother became terminally ill, however, they returned to Indiana.

“We came back broke and in debt,” says Amanda. “We knew we had to hit it hard.”

“We failed forward in that we had to start fresh since our past clients weren’t around anymore,” says Amanda. “Starting from ground zero, it was like a whole new burst of energy.”

Being the top producing team for eXp Realty in the state of Indiana, they are able to build more relationships with other agents across the country. We are extremely proud of our Indiana based team, they are leaders in the industry, dedicated agents and serve the community with all their hearts. 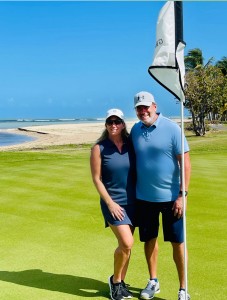 The pair moved to Chatham Hills because Rodney loves golf. Other favorite activities include boating and fishing. They recently ordered a boat so Rodney can take his wife deep sea fishing when they go to Florida.

“We look for those moments because we truly believe in working hard and playing hard,” says Amanda.

Because they work hard, every January they spend two months in southwest Florida. In November 2021, they plan to take their boat from Key West to Bimini, Bahamas.

“We’re bringing along our German shepherd Madi, who loves to play ball, so this could be interesting!” says Rodney.

They committed to carving out time to enjoy life after both of Amanda’s parents have now passed away and one of their dear friends passed away at a young age from cancer. 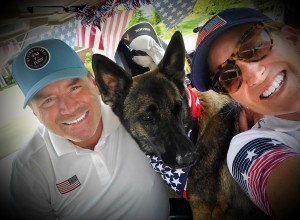 “We didn’t want to wait until we retired to start living our lives,” says Rodney. And if COVID-19 prompted anything positive, it was the revelation that work can be done from anywhere in the country.

At the start of the pandemic, they had a virtual team meeting in which they discussed how to lead clients in a crisis.

“For two months, we talked every day during a morning ‘huddle’ though the team calls it a ‘heardle’ because of our name,” says Amanda. “Rodney and I made sure to always look at things in a positive light because that’s what we are all about within our real estate organization and our community.”

Coaching other agents to realize their dreams in the industry is where Amanda places her focus. 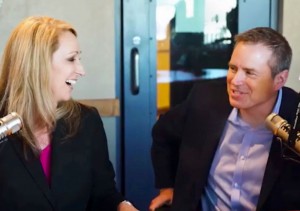 She started coaching agents several years ago when she and Rodney realized that if they were going to build a team, they needed to create a structure with systems and processes agents can follow to generate business fast and with integrity.

Author Zig Ziglar said, “You’ll get everything you want in life if you help other people get what they want.”

That’s a mantra Rodney and Amanda live by.

“From the time I was little, I was the one leading,” says Amanda. “It’s naturally in my personality to jump in and want to grow others. That’s what feeds me.”

During the pandemic, when there was so much fear of the unknown, Rodney and Amanda helped their Indianapolis based team, extended organization and clients feel calmer. They lead by example and focus on solution.

“In this industry, you’re always having to learn to manage everyone’s emotions as well as your own,” says Amanda. “The buyers are still there. It’s just connecting them with the right seller.”

The lack of inventory has created a bottleneck in the market, which, in turn has frustrated buyers.

“Folks are having to write four and five offers to even have a chance at a house, and buyers are having to guarantee money between the loan amount and the appraised value and overbid so it’s no wonder emotions are running high,” says Rodney.

The truth is that we all respond with our emotions initially. It’s who we are and how we’re built.

“If one grows those connections in the brain to get better at being self-aware about managing your emotions, you can help others manage theirs,” says Amanda. “In sales, if you have critical thinking skills, emotional intelligence, and drive, I can teach you how to rock the world!”